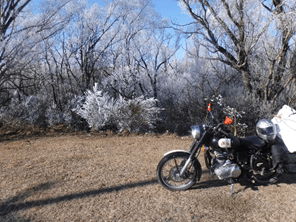 03 July was the last day of semi retirement and time to move to full time retirement. I had planned on travelling South by Motor bike at Easter school holidays, it will have been a little warmer.

Along came Covid -19 and the end of the best laid plans.

As I was still working 3 hours a day operating a school bus service for our local Polytech, the contract was to come to an end at the end of the school term. So, first opportunity for this journey.

On my list of things to see and do and reasons was quite straight forward. The picture is of my father driving the steam engine in one of many Latta Brothers saw mills in the Owaka region 1920. Also in 1970, my brother and I taken our father on a camping trip to Owaka and we stayed in the Pounowea motor camp in an old canvas tent travelling in my Standard 10 car. So in short, 100 years ago since my Father worked there and 50 years since we travelled and camped there so it was time to complete a ‘Voyage of Discovery’ and what better time than when I do not have to rush home. My Bike is a 2017 Royal Enfield 350 classic and just over twelve months earlier did a similar journey midwinter. The journey is also known as the ‘Sister Chase’ as I have four sisters strategically placed Oamaru, Dunedin, Edendale and Riverton

At 8.30am Sat 04 July I was loaded up, fueled up and on my way. A little light rain which then settled in so adding the water proof rain skin was essential. My route was from Greymouth via Arthur’s Pass and Porters Pass with continuous rain until lake Pearson. The rain made my gloves wet so fingers got a little cold so time for a visit to the road side shelter at Klondyke Corner, boil the billy, make a cuppa, warm fingers, dry gloves, then on the road again.

Next stop was at Ashburton, time for something to eat so a visit to KFC and a short walk to stretch legs then on the road again and finally arrived at my Sisters place just on dark at 425 Kilometers.

My Sister Brenda is younger by around 2 ½ years and about to shift from her property so stayed two nights.

Day 4 and on my way early as the weather forecast was predicting rain and snow coming up from Dunedin. While the weather was cool, it was fine until the hills just North of Dunedin South of Waitati where the sky ahead was BLACK. Yes I encountered snow, my water proof gloves were still anything but water proof so fingers again got a wee bit cold. In Dunedin, I bought a pair of water proof over mitts as used by mountaineers, I visited the Royal Enfield Agents in Dundein MCR (motor cycle replacement) nice people who are very keen to promote the Royal Enfields and very interested in my journey.

I first met up with my Sister Julie and her husband Mike at ‘Emersons’ which is a modern Craft beer establishment, a friend who is now a commercial traveler for European beers and spirits and my nieces’ husband. I am told by my son that I need to learn a lot about craft beers.

I stayed the evening with Mike and Julie (sister and Brother In law), so nice to catch up again, then day 5 on the road with a booking in Balclutha at the ‘South Otago’ hotel. This was a $30.00 a night for a bunk room, while My initial plan was to stay in a tent on Owaka the weather forecast was still for rain on and off so the South Otago was a good option.

Dinner was by attending the Balclutha Rotary Club, it was their ‘change over’ evening which is an import date on all Rotary Clubs Calendar as the outgoing President hands over the chains of office to the incoming president. Their Club is very similar to our Greymouth Club in terms of age, gender balance and numbers. I was made feel very welcome

My rides in this area included Kaka Point and Nugget point light house, Owaka, Jacks bay and Jacks hole, Pounuwea. It was in Pounawea where my father lived and worked in the 1920’s

Day 8 saw me heading to Edendale from Balclutha. However, I armed myself with a loaf of bread, a dozen eggs. They cost a total of $7.00. compare that to a breakfast of two poached eggs on some small piece of fancy bread, two strips of bacon and a cup of coffee for $17.00

The Catlins ride is one of the most beautiful in NZ. The sort of region where if you had a week to spend, you could spend it easily here with many walks to Waterfalls or beaches etc. there are lots of shaded areas with grit and the potential of ice etc, so care is always needed. Curio Bay is the site of a petrified forest and well worth a little time to investigate.

Trees are now stone. which are Another short walk is to the Waipapa Light house.

Another boil up for a cup of tea and on my way heading to Edendale to stay the weekend with my Sister Angela. However. Just through Waimahaka ‘Bang bang’ and the engine reved up, and no drive. Tried changing down a gear, made no difference, looked down, mmmmm no chain. So walked back along the road and found my chain, but with no way to repair it, I was stranded.some people I had said hello to at the light hose just happen to be driving by, and taken me to ‘Glen’from the Waimahaka garage, he didn’t have any links of the correct size, so no trouble, shouted me a beer while he disappeared to find a trailer, loaded the bike on the trailer and delivered me to Angela’s place. I as ked him to send me a bill, ‘no way’ he said. So I gave him what I had in my pocket and Angela gave him a bottle of red wine of which he appreciated.

The weather was lousy in Edendale, so was spent enjoying the company of my sister. I rang MCR (Royal Enfield Agents in Dunedin) whom I visited whilst in Dunedin, they told me where and what to buy in Invercargill.

Day 10 Angela very kindly lent me her car to use to pop into Invercargill to pick up a new Chain, and with the use of a couple of her sockets I was able to fit the new chain, lubricate it and off to Invercargill, I visited Terry Turner, who used to drive my school bus from Riverton to Invercargill 1967 and 1968. He is well and enjoyed my visit, he is now 83 years old.

I stayed the next two nights with my Sister leah in Riverton and accompanied her on Tuesday to an AAW meeting (Association of Anglican Women) It was a dinner and they welcomed me to help make up numbers, I knew them all too which helps..

Together we went to Sandy Point to visit my cousin Irene and her husband Ted. Ted is now 84, but was feeling a wee bit down, but was soon talking ‘rubbish’ which we both enjoy and he enjoyed the visit.

Day 12 didn’t start so well, as my bike was in her carport which has a soft gravel floor. I started it up to warm up while I finished putting on my helmet and gloves, but Leah was having difficulty with closing her garage door, I stepped back to give it a kick and my bike fell over, smashing both rear vision mirrors. My ride was via high 99 via Colac Bay, Orepuki, Gemstone Beach, McCrackens Rest Tuatapere then on to Manapouri. I checked out where I once lived and the third place I ever worked I worked for Fiordland Travel from 1973 till 1975. It was when working here that I first started driving buses, which was down the tunnel to the underground power station and over the Wilmot Pass. That night I stayed the night in TeAnau at the top 10 camp, and as the weather was nice and fine decided to stay in the tent. Well the tent needed to be used if I were to carry it all this far The tent was covered in Ice by the time I was about to turn in. Marlene was horrified and thought I had lost my Marbles but suggested that I got a hot water bottle, the first two shops didn’t have them but Fresh Choice did, so I bought one and used it.

Day 13 was very over cast, serious frost,, and a hoar frost heading toward Queenstown. By Five Rivers, I stopped to put on another layer etc, one riding again, I couldn’t get my vizor on my helmet to de fog, so I opened it up, and next by gasses fogged up to the extent that I had to stop. On observation, it wasn’t fog, Ice was forming on the vizor, and when opened up, formed on my glasses and also on my gloves. It wasn’t very far before the sun was shining and was at Fairlight. Time to boil the billy, but I wondered why it taken so long to boil, being a butanol does not work well in cold temperatures as the gas mixture only one half will evaporate. And on to Queenstown. I stayed at the Melborne Lodge for $50.00 a night along with free breakfast.

Day 14 and The wonderful owners of the Melbourne Lodge used Duct tape and repaired my Rear vision mirrors as the pervious repair didn’t like the cold in Queenstown. Bike was white with frost, I was ready around 9.30 am. I had a friend to meet up with for a cup of coffee. Tamsin Orr walker is the chair of the Kea Conservation Trust and has a large property not far from the AJ Hacket Bungee Jumping Bridge. I had the choice to ride over the Crown Range, or go via Cromwell (an extra 40 Kilometers) but given that Ice may be present, I was already on the road through the Kawarau Gorge and I wanted more duct tape so it was via Cromwell I went. Again, no issues with the road and no other icing issues

I checked into Oakridge resort. Marlene (my wife), Alistair (my Son) and Bonnie (Daughter in Law) met up soon after.

Day 15, Alistair thought it was a good idea for the girls to go shopping and he and I go to the craft brewery places sampling craft beers. You see, Dads don’t know how to drink beers. To me I stick with one or two beers, rather than trying to make a decision of what beer you like out of hundreds of beers

The weather forecast was not looking good for Haast and the West Coast and given that I was travelling by Motor bike, I decided against plan A and chose then to travel via Alexandra, visit a nephew there and continue back to Oamaru through the Pig Route. I stayed with Brenda and Ernest for two nights so helped them with preparation of shifting including helping get one of their vintage cars running a 1926 Chrysler car.

Day 17 seen me on the road by 8 am and traveled north to Rakaia, and on to Darfield where I refueled, and hit the road. At lake Pearson, the skies were very black ahead of me, so time to put on my rain skin to stay dry. The rain was quite heavy at times but arrived home at 3 pm.

No comments to show. 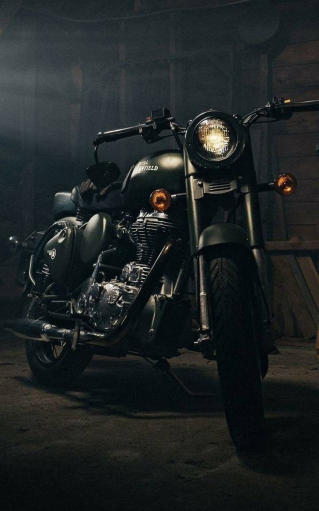